These last couple of springs, while working in the greenhouse, I acquired my first mortal enemy: green aphids. They're tiny little guys, hardly visible at all in their natural environment (on green leaves). At first they seem rather innocuous. That's how they trick you into letting them live. You've probably all heard the silly stories about things "multiplying like rabbits." Well, rabbits have nothing on green aphids. Give those miniscule insects a couple of weeks to breed, and before you know it, your beautiful greenhouse plants are covered and vibrating with the movement of the aphids. To top that all off, they leave behind unsightly white skins, and a sticky, sickly honey-dew residue. Leave them alone even longer, and they'll suck the juices right out of your plants leaving behind a trail of sad, shriveled leaves in their wake. Thus, making them a greenhouse owner's mortal enemy. And so, the aphids must die.

Unfortunately, they're not easy to kill. I started my attack with good intentions and herbal remedies. First, I set them outside in the wind to scare them off, but they're excellent hiders, and simply crawled inside unopened blossoms and buds. Secondly, I tried spraying the plants with tomato water. I read from many sources that aphids don't like tomatoes. This is complete silliness. A few days later they were living and feeding on my tomato plants. Thirdly, I attempted to pick them off of the plants by hand. This extremely painstaking process made me temporarily nearsighted and insane. It did not, however, stop the aphid infestation. Then, I brought out the big guns: chemical insecticide. Apparently these critters are immune, although the fumes nearly killed me. There seemed to be only one option left: full scale warfare.

So we ordered an army. You can order armies on the internet now. I mean, as long as you're looking for the right type of army. A ladybug army. We released approximately 1500 troops, and they ate the enemy alive. They're pretty brutal bugs when you think about it that way. Just when it seemed like we had the upper hand, though, the ladybugs' numbers seemed to dwindle. I spent the last week in a fit of despair, missing my pretty little ladybugs. Today, though, when I checked on my pepper plants, I noticed some wriggly new arrivals.

And so the second generation of warriors are born. I've never been so happy to see a six-legged critter in my entire life. 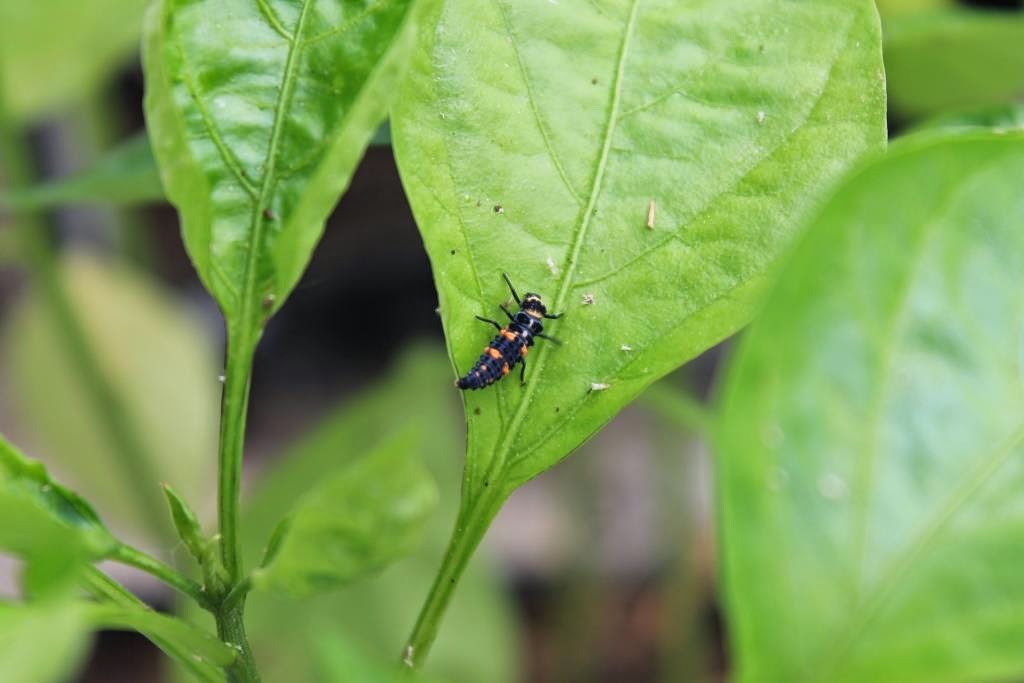 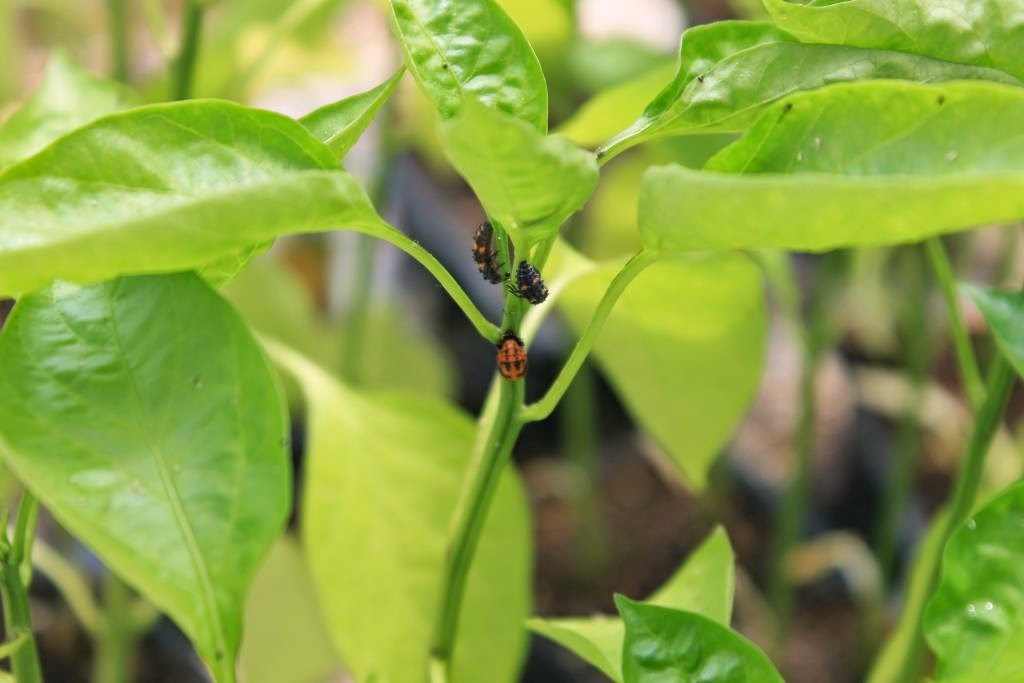