I'm normally not into supporting an invasive species (especially not one that is currently "devastating reefs" according to CBS), but it's hard for me not to appreciate how unique and beautiful lionfish are. So, as a disclaimer, I am not in support of releasing exotic animals or insects anywhere they don't belong!

Now, moving on, this particular character presents a good example of what I mean by "one of a kind". Even though I've painted him on several different pendants, you still get a unique perspective on my lionfish character in each piece of jewelry.

Zebra refuses to be a 'Lion'fish, preferring, of course, to be referred to as a 'Zebra'fish. He can often be found swimming hastily in circles and repeating the words: "Lions are frightening, much too frightening!" Somehow, amongst all his nervous quirks, he still finds time to work on his favorite hobby, knitting. Using his own poisonous spines as needles allows him to work on up to seven sweaters at once! 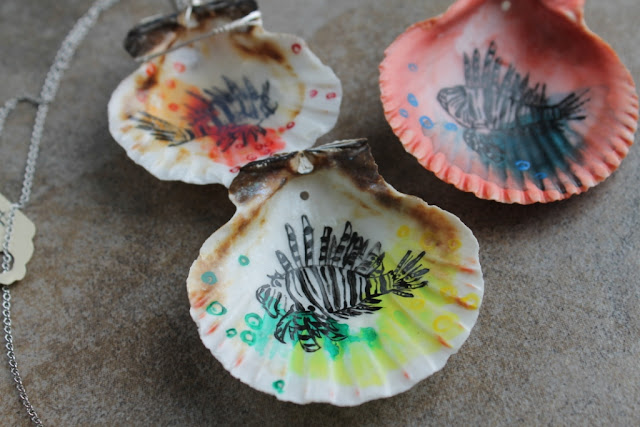