Today is the longest day of the year. I had this great list of things to do planned out that involved mini-golfing, ice cream eating, and bike riding, but apparently "more sunshine than any other day of 2013" doesn't make today a national holiday. So, work is still happening, which I think is a complete crime. All Americans should be out soaking up the extra sun rays today - it's a good source of vitamin D, and thus a national health issue!

So, I'm not able to partake in all the exciting activities I had planned, but I did get some fun stuff accomplished - like my new blog banner which can be viewed at the top of this page!

Also, when I went home for lunch, I finally took a picture of this cute little bird's nest that some crazy critter built right on top of the motion sensor lights on our garage. 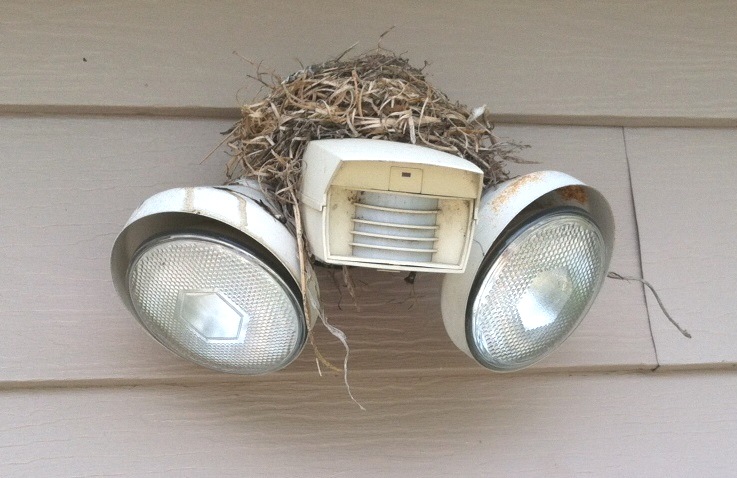 There are currently two adorable baby birds inhabiting this nest. I wanted a picture with them in the nest, but they're old enough to fly. They're also fairly skittish, so they flap their little wings as fast as possible and fly away every time I get near them. Luckily for you readers, though, I was able to draw a fairly accurate representation of the little bird twins. I don't want to brag, but it's almost a photographic replication. 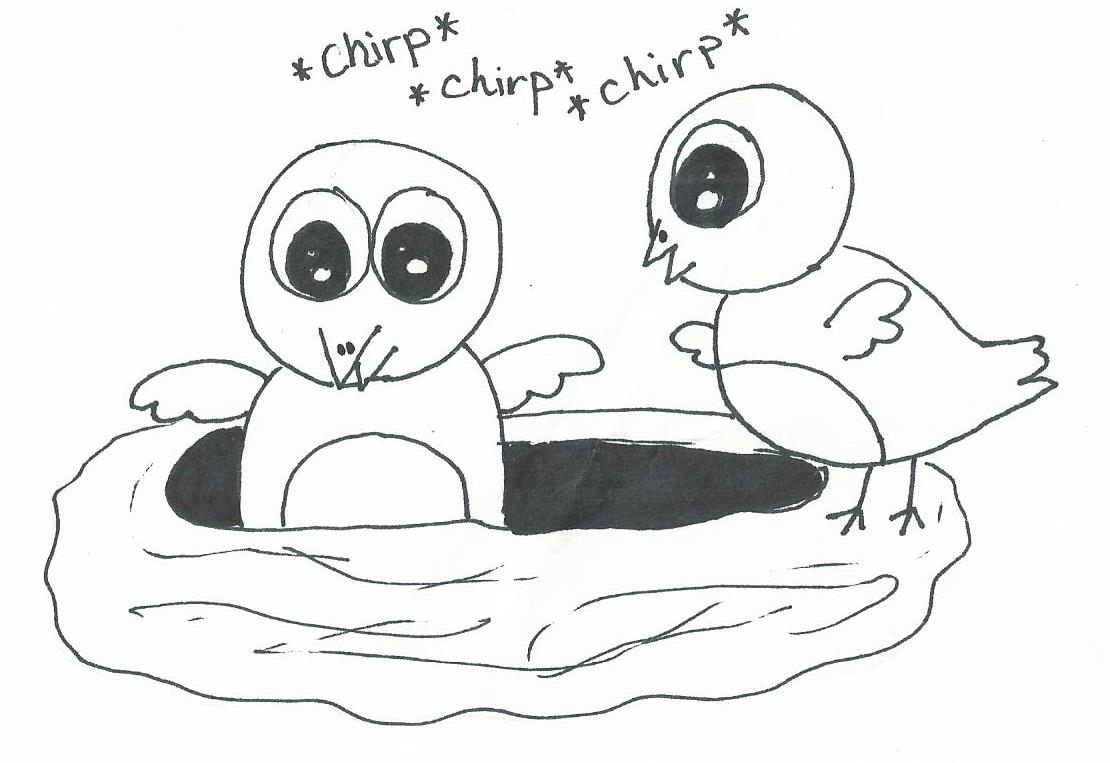 In other nature news, while driving back to work from lunch today, a small deer ambled out onto the road in front of me. I slowed the car down, and, in a panicky, knee-jerk reaction, locked the doors as if the deer were a crazed hitch hiker trying to hop in my vehicle. This is what happens to people who learn to drive in the city and have years of their mom reminding them to "Lock your car doors or someone might jump in at a red light!" Every time I sense danger while in my car, the first thing I do is lock the doors, even if it doesn't make sense. A deer would look pretty darn silly trying to open a car door with his hooves... he doesn't even have fingers let alone thumbs! Oh well, better safe than sorry, right?